How a Tree Disease and the Patriarchy Gave You Seasonal Allergies 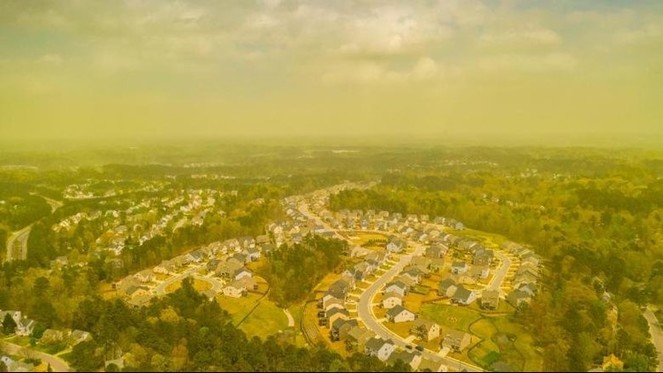 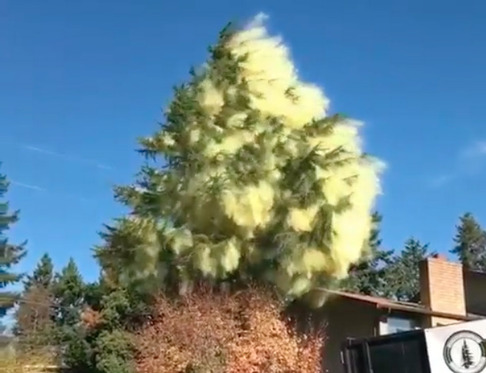 Recently I came across a Cheddar Explains video that explained How Humans Caused Our Own Allergies. The video mainly cites the work of Thomas Leo Ogren, who when working in landscaping in the 70's discovered that his workers tended to show more symptoms of allergies under male trees. This led to a life’s long work in pollen allergy and what Ogren has dubbed “Botanical Sexism."

In the early part of the United States’ industrialized history most trees planted in newly populous cities were Elm. Elm trees were not only selected for their “grace, stature, and adaptability” [1], but for the fact that they are monecious [2]. A monecious tree produces both male and female flowers. This is an important feature because it produced low amounts of seeds compared to dioecious trees, which have a dedicated male and female tree. Tragedy struck in 1928, when Dutch Elm Disease was brought to the United States in a shipment of trees from Europe. At first it was contained, but, “over 75% [of the estimated 77 million elms in North America in 1930 had been lost by 1989 [3]." This left the cities of North America, and Europe clambering for new trees.

In 1949 the USDA published their Yearbook of Agriculture. The book in several spots advocated planting only one sex of dioecious trees, usually male, to reduce the amount of seeds and fruit that would have to be cleaned up. These seeds and fruits attracted birds and insects which was undesirable at the time. Also, female plants sometimes have flowers that are more odorous than the male counterparts. The references in the book are too numerous to site, but a quick search for “male” in the link provided will show the many examples. The USDA started to produce male only cultivars of red maples to help replace the lost Elms in cities. Maples were selected for their shade, autumn colors, rapid growth, and ease of establishment [4]. On top of this single-sex cultivars of monoecious trees were being produced (you guessed it, male) and planted with great prevalence. The need for these new, “low maintenance” trees was also expanding, not only as replacements for the elms, but as the suburbs around the country grew.

Allergies began to increase around the country as these new male only trees were planted. It was largely down-played at first because, allergies were thought to be psychosomatic. There is some thought that this view point was held because women (and children) were (and still are) disproportionately affected by seasonal allergies.

Wind is the way many trees in North America pollinate. These trees produce a lot of pollen because wind pollination is more ineffective than other forms of pollination. Some trees can produce “billions of pollen grains [5]." These trees become larger and produce more pollen every year.

This pollen may have adverse effects aside from allergies. “According to available data, urban residents experience more respiratory allergies than rural residents mainly due to the interaction between chemical air pollutants and pollen grains [6]." Thomas Ogren also believes that pollen may contain pollutants that the trees have taken out of the air, as well as up from the soil they are planted in [7]. Trees are praised for their ability to clean the air and soil, but what if some of this containment is being released into the air (and eventually into our bodies) via pollen?

Thankfully, there is a solution: plant female trees.

Female trees act as a sort of “pollen vacuum." This pollen vacuum works because pollen grains acquire a positive charge as they fly through the air, and the female flowers produce a negative charge [8]. Thomas Ogren developed a system ranking plants by their potential to cause allergic reation called OPALS (Ogren Plant Allergy Scale). Several organizations including the USDA and American Lung Association agree with Ogren's system. California is working on legislation to these ends as well. Personally, we can all make sure we are planting female trees.

That is the story of how Disease and the Patriarchy Gave You Seasonal Allergies, and with strong efforts, there may be a generation who lives (pollen) allergy free.

[5] Synder, Michael. “Why Are Some Trees Pollinated by Wind And Some by Insects?: Articles: Woods Whys.” Center for Northern Woodlands Education.