A MONTH in the Life of an Urban Technician 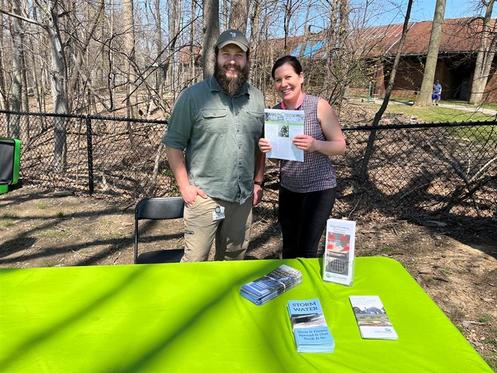 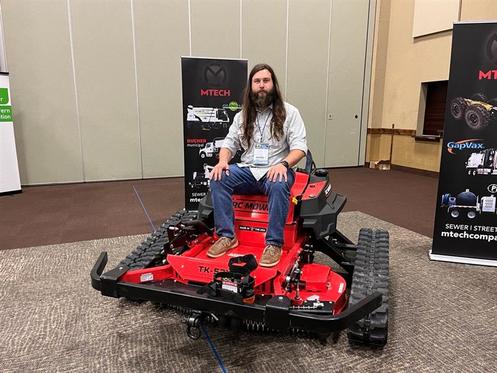 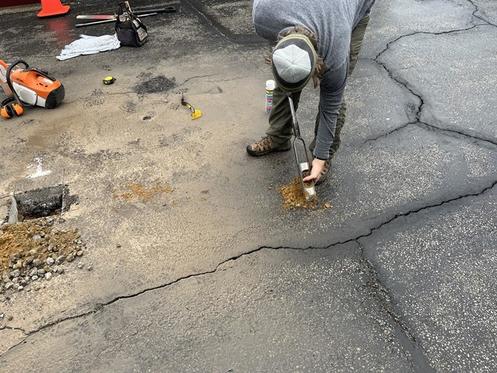 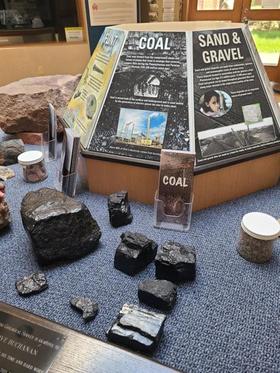 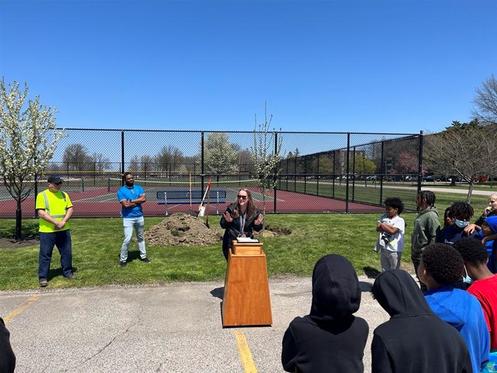 Recently, staff at Cuyahoga Soil & Water Conservation District have taken to doing a “Day in the Life” blog. I like to buck trends and go big so instead, I’ve done a “Month in the Life” (super creative I know -pause for applause-). In all seriousness, I couldn’t pick just one day from the last month to write about without missing some of the great stuff that I have done for the district.

As an Urban Technician at CSWCD, I regularly conduct stormwater inspections on active construction sites throughout Cuyahoga County. Inspections range from downtown Cleveland skyscrapers to residential subdivisions. I also conduct plan reviews and long-term operation and maintenance inspections on stormwater control measures throughout Cuyahoga County, as well as head up the Urban Agriculture efforts of the district. April and May are some of our busiest months here at CSWCD.

Here are a few highlights from the past month:

On April 23rd was at a booth at Parma Heights’ Earth Day Celebration. In a previous life I oversaw outreach for a non-profit, so it is always a nice feeling to get out and sit at a booth for a few hours to talk to folks about the cool stuff we do at Cuyahoga Soil & Water. The event was well attended and had several cool activities, including a live animal show!

The next date is April 27th. I was asked by some of my fellow staff to talk about Soil to some interested high school students from Richmond Heights. The weather was cold, but the students got to “get their hands dirty” and learn about soil health, soil types, and some basics of the mechanical properties of soil. I studied Civil Engineering in College and the soil classes I had to take were always some of my favorites, and teaching people soil basics is always a good time!

On April 29th, attended an Arbor Day celebration in Richmond Heights where our Executive Director, Kristin Hall, spoke to the attendees about the importance of trees on human and planetary health. The city of Richmond Heights has been planting a tree every year for the last several years, and this year was no different. It was really enjoyable to see the trees from Arbor Days past all lined up!

May 4th saw me and a few other coworkers at a local church learning a few new things about soil from the Ohio Department of Agriculture as they preformed some tests to determine if the location had adequate soil for a project. While I got to refresh some knowledge on soil, the thing that struck me the most was the age of the material we dug up. The deeper into the ground one digs, the further back in time they look. It was spectacular holding shells fragments and stones from an ancient beach buried 10ft underground!

Several Cuyahoga Soil & Water Conservation District staff attended The Ohio Stormwater Conference May 12th and 13th. I presented, along with Lauren Conard, about relationship building with new cities and city employees regarding how they work with Cuyahoga SWCD staff on projects. There were many vendors and great presentation, but the most fun part was spending time with my coworkers and peers from other organizations after hours!

To wrap up this hectic month, I attended a training put on by the Ohio Department of Agriculture at the Horace Collins Lab outside of Columbus. The training was on pond design and there was a lot of pertinent information shared about the construction of ponds of all types. This training became almost instantly applicable as later that same week I had a meeting about a stormwater basin that had some issues. I was able to suggest some of my newly learned techniques to the engineer who was on site.

April and May always tend to be a hectic time of the year in the greater environmental scene as we have Earth Day, Arbor Day, and the weather usually clearing up. This year it felt even more packed than usual, but being busy is always a good thing!