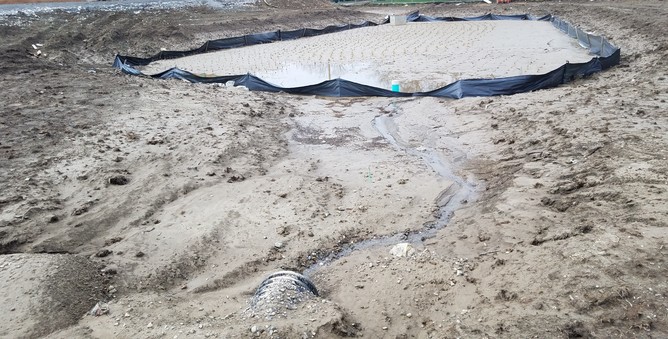 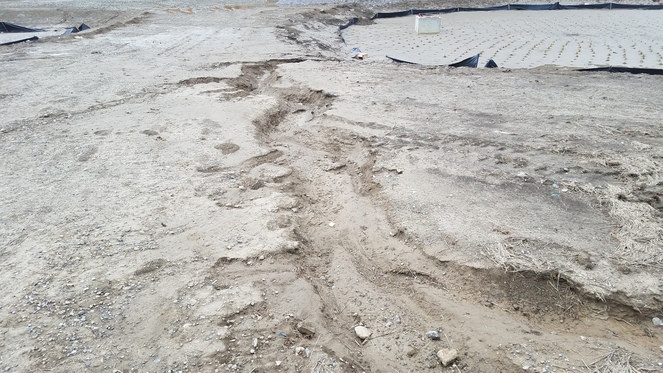 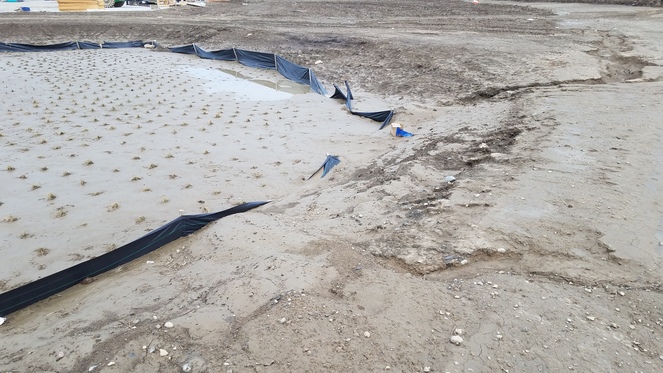 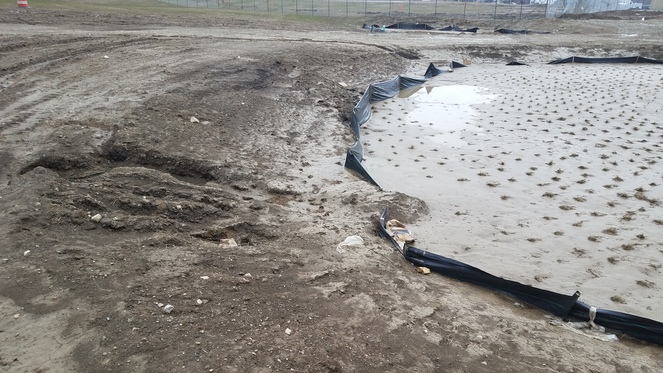 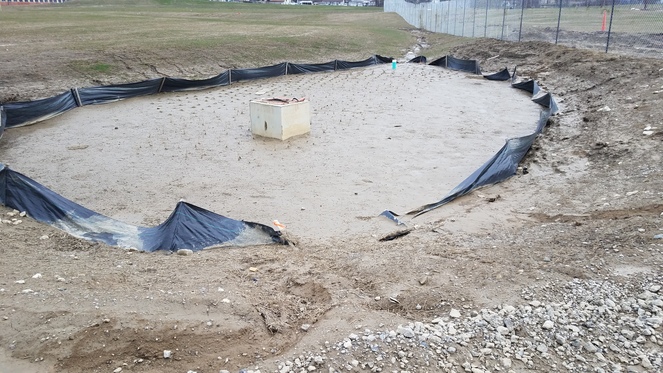 On March 10th and 11th, I attended an Inspection and Maintenance Certification Course for Stormwater Control Measures in Ohio. This course taught me many essential installation and long-term post-installation maintenance issues for detention basins, wetlands, swales, permeable pavers, green roofs, and bioretention basins.

One debate all of us taking the class had was, if perimeter controls are used (such as silt fence or compost filter sock) around bioretention basins, can they be installed (with the intended bioretention soil, and the filter layers of concrete sand and gravel) prior to the completion of construction or not? Well, that question could be answered from a stormwater inspection I conducted at a construction site on April 1st.

During a stormwater inspection, I am looking to see if installed sediment and erosion control measures (such as silt fence, and inlet protection) need maintenance or added in certain areas. Additionally, I am always looking for areas of the site which could have temporary stabilization (such as grass seed and straw) installed on areas of exposed soil which will be lying idle for some time. Installing grass seed and straw on these areas of exposed soil is critical to help minimize erosion and sediment-laden surface runoff during rain events; and for many construction sites, it is needed in order to remain in compliance with Ohio EPA Permit No.: OHC000005. At the end of an inspection I notify the site supervisor or project manager of sediment and erosion control measures that need addressed.

So, back to April 1st. Well, to set the scene, we actually have to go back to Saturday March 28th and Sunday March 29th. Remember the weather? It rained – a LOT! In fact, according to Weather Underground, in Cleveland, OH it rained .96 of an inch on the 28th, and another 1.56 inches on the 29th - most of which occurred overnight from 12AM until 3AM. With all that rain, I had a feeling some inspections during the week were going to have some items which would need addressed.