A Vote for Our Planet 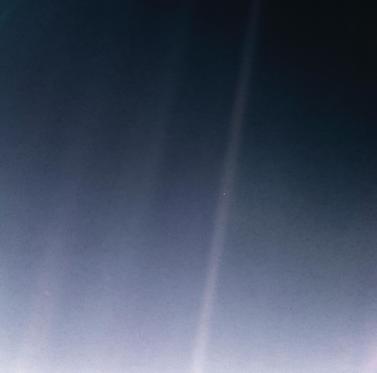 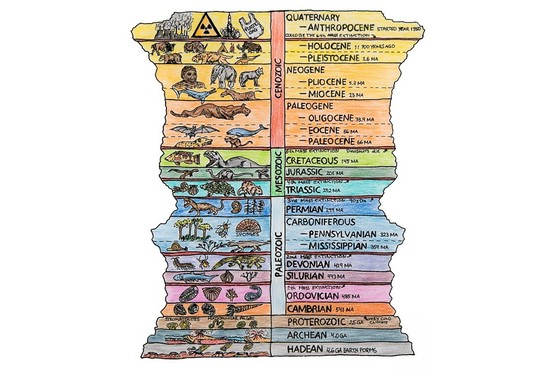 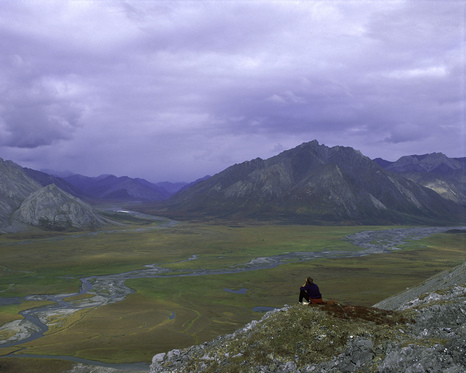 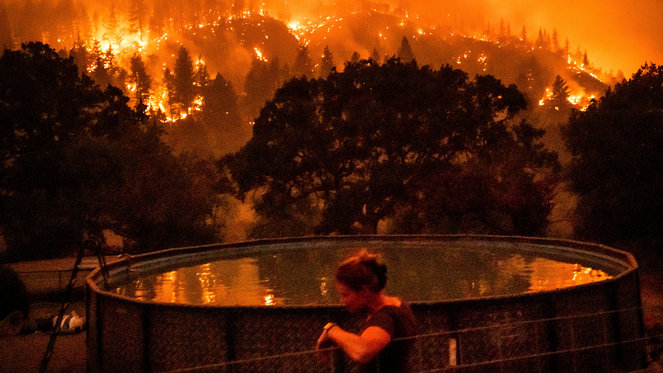 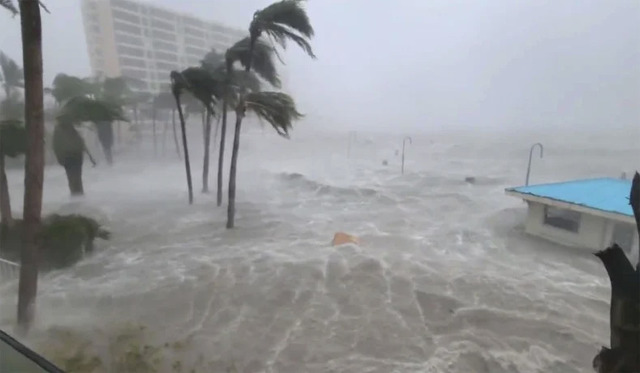 From this distant vantage point, the Earth might not seem of any particular interest. But for us, it's different. Consider again that dot. That's here. That's home. That's us. On it everyone you love, everyone you know, everyone you ever heard of, every human being who ever was, lived out their lives. The aggregate of our joy and suffering, thousands of confident religions, ideologies, and economic doctrines, every hunter and forager, every hero and coward, every creator and destroyer of civilization, every king and peasant, every young couple in love, every mother and father, hopeful child, inventor and explorer, every teacher of morals, every corrupt politician, every "superstar," every "supreme leader," every saint and sinner in the history of our species lived there--on a mote of dust suspended in a sunbeam.

The pale blue dot and mote of dust to which he was referring is Earth. Well; it is Earth as seen in a photograph taken from the Voyager 1 space probe on February 14, 1990 at a distance of about 3.7 billion miles from Earth. This quote allows the reader to think humbly about their place in the universe. From an environmental perspective the pale blue dot cautions us to remember that Earth is our lifeboat in the vastness of space.

Earth is estimated to be 4.6 billion years old and has changed dramatically over that period. It wasn’t until several millions of years ago that apes in Africa first stood upright. Homo sapiens came on the scene about 300,000 years ago, and what anthropologists refer to as full behavioral modernity emerged about 50,000 years ago. The Anthropocene is a proposed geological epoch aimed at defining the age in which humans have significantly impacted the Earth, including but not limited to climate change. Scientists are debating pegging this epoch to the advent of agriculture around 12-15,000 years ago, or colonization, or industrialization, or even all the way up to post World War II and the use of atomic energy. The point of this history lesson is to illustrate that humankind, even in their brief tenure on Earth, have been responsible for remarkable changes.

I have previously written blogs summarizing the various reports published by the Intergovernmental Panel on Climate Change (IPCC). To recap, on August 9, 2021 the Intergovernmental Panel on Climate Change (IPCC) published the Sixth Assessment Report (AR6) stating as "unequivocable" and "established fact" that "human influence has warmed the atmosphere, ocean and land." This is a departure from previous assessment reports that hedged on the overall influence of human action as it related to climate change. UN Secretary-General Antonio Guterres issued a statement calling the report a "code red for humanity."

On November 8, 2022, voters will go to the polls and decide amongst a variety of political candidates and ballot measures. Regardless of which political party you support, a vote for the environment and the plant is the smartest choice. Supporting candidates that support smart climate change policies such as limiting greenhouse gas emissions, limiting exploration for new fossil fuel deposits, wildfire prevention, and protecting wild lands and waters will help mitigate the effects of runaway climate change; some of those effects we are already experiencing. Our choices at the polls will have an important impact on the future of this pale blue dot we, but more importantly our future generations, call home. To extend Carl Sagan’s thought; if we do not have a home how or where will we argue about economic doctrines, religious ideologies, or pop superstars.