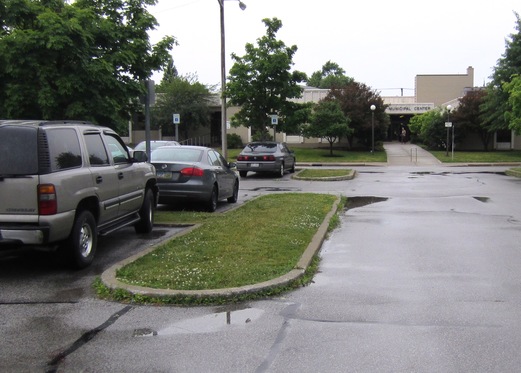 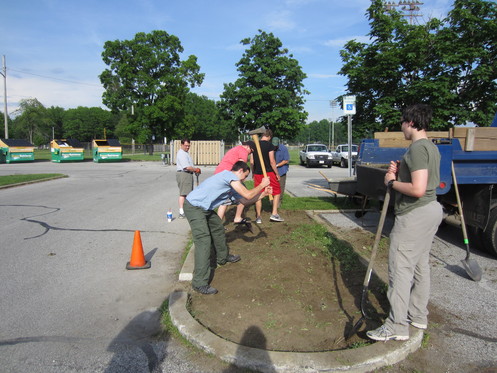 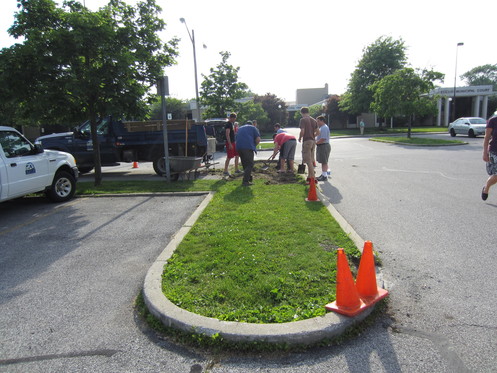 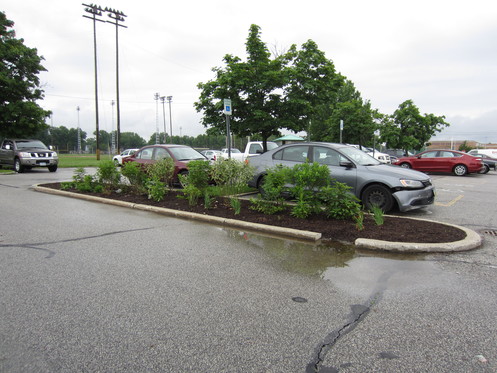 Installed on May 29, 2015, the Euclid Municipal Parking Lot Median Rain Garden was entirely planned, designed and installed by Eagle Scout candidate Daniel Gail from Euclid Boy Scout Troop 161. The rain garden is roughly 250 square feet and was funded by the Eagle Scout, and educational signage was paid for through a Friends of Euclid Creek grant through the Northeast Ohio Regional Sewer District. The City of Euclid assisted on the project by cutting curb cuts into the median to allow water to enter the rain garden during storm events.

A rain garden is a vegetated garden planted with native plants intended to allow runoff from impervious surfaces such as driveways, roads, rooftops, and parking lots to percolate into the groundwater rather than directly entering streams via storm sewers. This helps protect local streams by reducing the volume and velocity of streams during storm events and by purifying the water by allowing it to filter through the soil, thus lowering the amount of pollutants that ultimately enter the stream. Rain gardens also provide habitat for native birds and insects, and because they are planted with native plants, they require less water and maintenance once established than other non-native species.