Rain Barrels - get one, get two, get three! 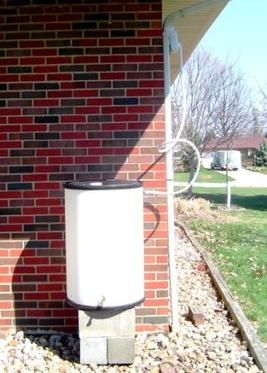 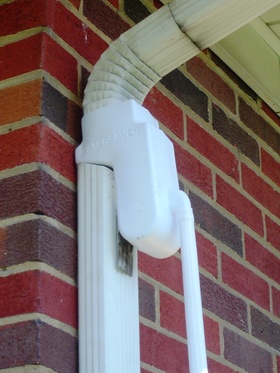 We have been offering rain barrel workshops for over 11 years now and have sold thousands to the public. Rain barrels are a catchment system that captures the rainwater that runs off your roof and down your downspout.

This morning talking to my hairdresser, Joe, he mentioned that he has a rain barrel. It's a barrel that sits in the backyard that has some holes in the top. They made it new this year. I explained to him that they won't capture much rain like that. If it rains an inch, they will get an inch of water. Something has to divert the water into the barrel. I don't think he quite believed me at first but being the unofficial rain barrel queen of Cleveland, I explained it to him further and gave him my card directing him to our rain barrel page and how to get one that will benefit them.

Hard to believe, even after 11 years of offering this class, our workshops are still in demand! Sometimes it just takes a little while to get used to the concept. Now is the best time to start harvesting the rainwater, especially if this wet Spring continues.

Our system is $60 (includes barrel, downspout diverter, connection piece, spigot) - a whole kit ready to go and be installed on your house. You will have to get something to elevate the barrel (I used four concrete blocks) and also cut your downspout to put the diverter on. We go over this in our workshops and there are directions in the diverter kit.

Now I'm going to let you in on a secret. While our barrels are way less expensive than the ones in the stores, you can get a free one if you are in the Northeast Ohio Regional Sewer District service area. For many years, NEORSD and the City of Cleveland Office of Sustainability have been offering these to the public, however they are limited. You are required to go to a workshop as well and it is a different diverter than ours, but the concept is the same. We aren't in competition with them, we just want to see as many barrels capturing rainwater as we can!

I hope to see Joe at one of our upcoming workshops but I also hope he doesn't judge my hair because it never looks as good as when you leave the salon!